DEVIL IN A BLUE DRESS by Walter Mosley

A mystery about a unwilling Texas native day laborer forced to become a Los Angeles detective. Devil in a Blue Dress, a defining novel in Walter Mosley’s bestselling Easy Rawlins mystery series, was adapted into a TriStar Pictures film starring Denzel Washington as Easy Rawlins and Don Cheadle as Mouse. 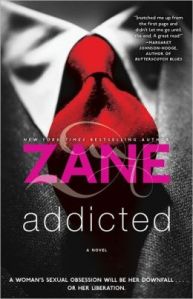 For successful African-American businesswoman Zoe Reynard, finding the pleasure she wants, the way she wants it, is not worth the risk of losing everything she has: marriage to the man she has loved since childhood, a thriving company, and three wonderful children. But Zoe feels helpless in the grip of an overpowering addiction…to sex. The book was made into a movie starring Tyson Beckford, Boris Kodjoe and Sharon Leal as Zoe. 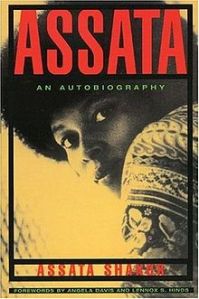 With wit and candor, Assata Shakur recounts the experiences that led her to a life of activism and portrays the strengths, weaknesses, and eventual demise of Black and White revolutionary groups at the hand of government officials. The result is a signal contribution to the literature about growing up Black in America that has already taken its place alongside The Autobiography of Malcolm X and the works of Maya Angelou.

NARRATIVE OF THE LIFE OF FREDERICK DOUGLASS by Frederick Douglass

In this, the first and most frequently read of his three autobiographies, Douglass provides graphic descriptions of his childhood and horrifying experiences as a slave as well as a harrowing record of his dramatic escape to the North and eventual freedom. Former slave, impassioned abolitionist, brilliant writer, newspaper editor and eloquent orator whose speeches fired the abolitionist cause, Frederick Douglass (1818–1895) led an astounding life.